The Cart That Started The Karts

A Look Back At Super Mario Kart 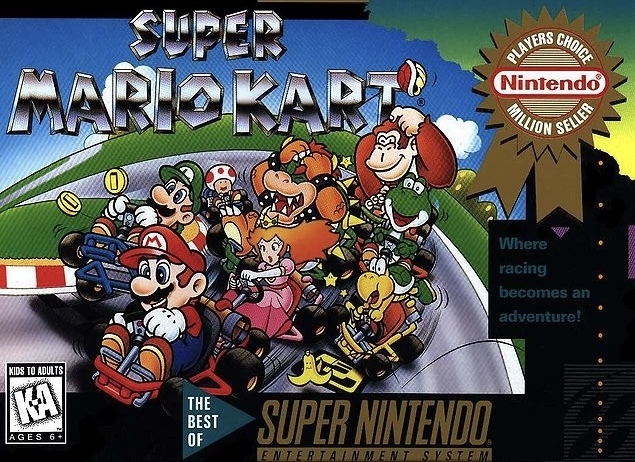 Nearly every gamer alive has a story like this one. You’re at a family function, visiting with relatives you haven’t seen in years. The smaller kids are running around, and while you’re talking with a close cousin, you hear one of the kids say this. “Oh, I’m the best at Mario Kart. No one can beat me at that game!” Both you and your cousin instantly have flashbacks of all those late nights spent playing Mario Kart 64 and Double Dash. You crack a smile, your cousin nods, and suddenly you’re both hooking up a Nintendo console. The kid continues to “brag” about their Mario Kart accomplishments, completely unaware of the severe beatdown they are about to receive from the 2 veterans. 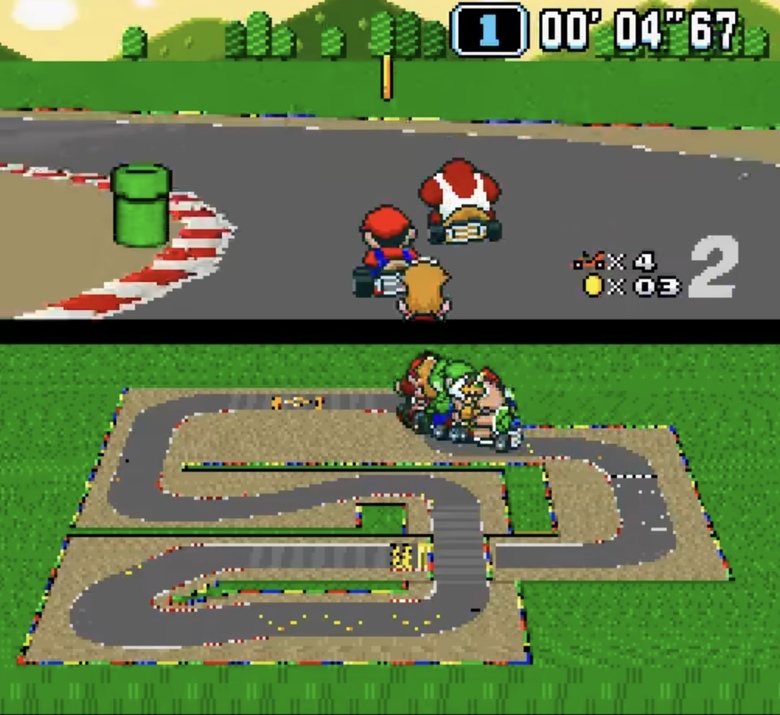 Mario Kart is that grand paradox of a game where practically everyone knows about it, even those who don’t play video games at all. It’s also amazing that the best-selling Mario game of all time (at the time of publishing) isn’t a regular Mario platformer, but Mario Kart 8 Deluxe. According to Nintendo Fandom Mario Kart 8 Deluxe has sold 55.27 million units. Mario Kart games in the past 3 console generations have either been the number 1 seller or held a spot in the top 3. Looking at Nintendo’s own data, which goes as far back as the Nintendo DS, every console and handheld has had a Mario Kart game in one of the top slots. This series has come a long way since its debut 30 years ago, all the way back on the Super Nintendo. 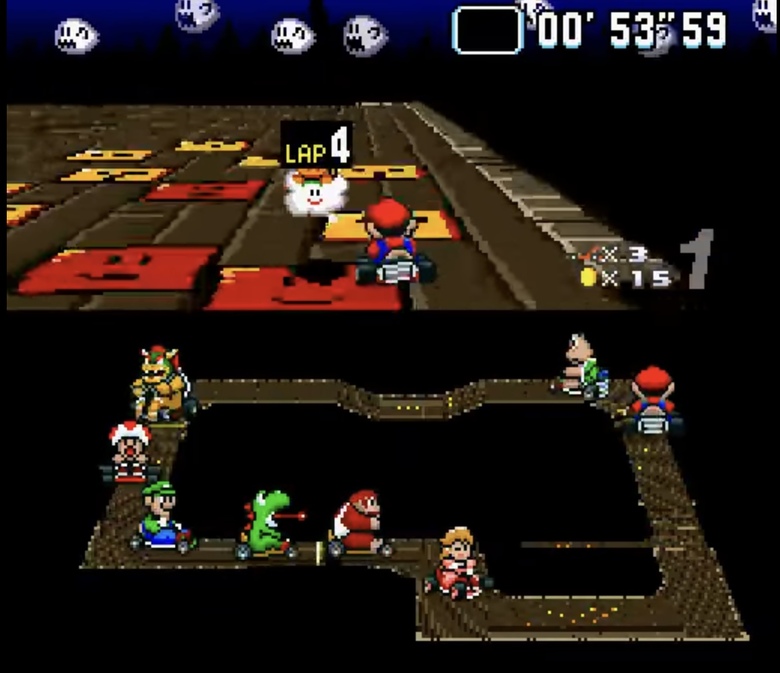 Super Mario Kart came out in North America on September 1st, 1992 and set the stage for the success of future games. While not the first kart racing game, it was the first to star Mario and his friends. Fun fact, the game didn’t start development as a Mario game, but as a sequel to F-Zero. According to Playing With Super Power: Super NES Classics, fans of F-Zero wanted to play with their friends, but couldn’t since the game was single-player only. The devs at Nintendo had a problem to tackle, as adding a multiplayer mode meant the high speed that F-Zero was famous for would have to diminish greatly due to hardware limitations during split-screen gameplay. So, instead of alien super-craft, the team opted for less threatening go-karts, then eventually decided to use Mario and his friends as the playable characters. The project went from being a true racing game to a party game disguised as a racing game, and that certainly makes sense. How many times have you gone to a friend’s party and someone busts out a version of Mario Kart to play with others? 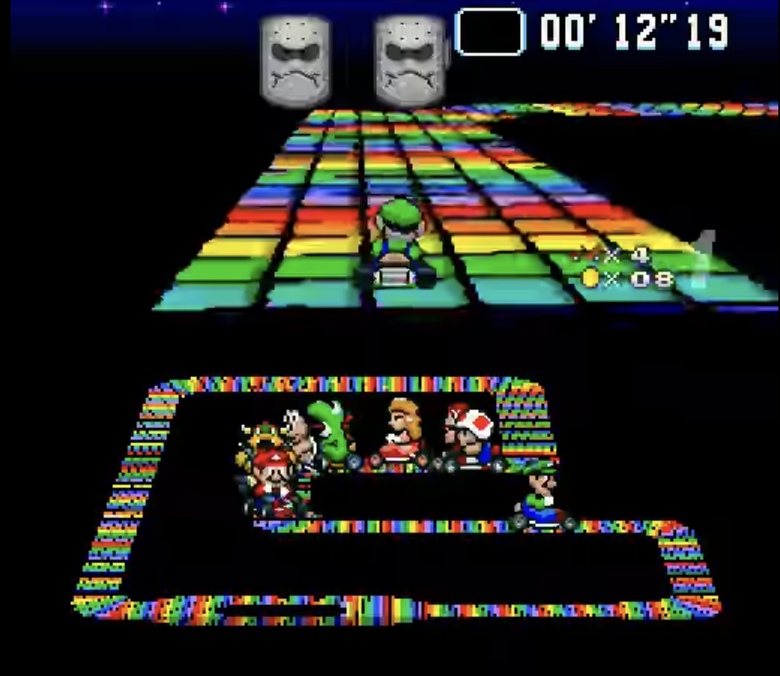 The track that shall spawn the end of friendships, Rainbow Road.

How has the game aged over the years? I would say it’s like a very fine wine, as in it’s an acquired taste. For a 16-bit game, it still looks beautiful with great pixel art and some decent tracks. There is one small thing I do need to address; if you played ANY other Mario Kart game before you played Super Mario Kart as a kid, then it will show its age and may be harder to enjoy. Not because of the controls, but just how the game feels when you play. It’s hard to explain, but the karts feel looser and overall harder to handle than later entries. Along with that, the screen threw me for a loop when I first tried playing on my SNES Classic Edition. Even for single-player races, the screen is split with a map of the track on the bottom and the race on top. It was hard for me to adjust while playing, as the only time I would have split-screen was when playing with someone else. Even though I could feel the game’s age as I was playing it, I was still having fun. Even when I would comment on something that would be improved later down the line, I was still having fun, and it was great to experience the first outing of one of my favorite game franchises.

Is Super Mario Kart the best game of the series? Not by a long shot, but it set the foundation for something truly special for years to come. The legacy that this game created is unreal. It was the 4th best-selling SNES game (according to Playing With Super Power) and the series is so popular that the main attraction for the Super Nintendo World areas in Universal theme parks is a Mario Kart *ride! In essence, *Super Mario Kart cruised down the highway so the games that followed can zoom past with their 150cc engines. While many have their personal favorite Mario Kart game, we all know that when the franchise is mentioned, people will always be down to play.

[Screenshots from World of Longplays., Feature Image from mariokart.fandom.com]