RUMOR - Could work on Apex Legends for Switch be in the works already? 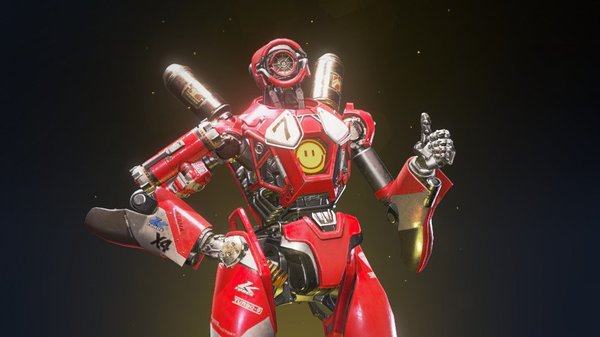 Our friend Doctre81, the king of LinkedIn profile sleuthing, has come up with another interesting tidbit about a profile that's been hotly-discussed by Nintendo fans for a few weeks now. Let's take things back to the beginning to make sense of this all.

Everything started with a LinkedIn profile for an EA software engineer. That profile stated that he was working on bringing existing SDKs to Switch. At that point in time, the engineer had listed that he worked on SDKs for both Battlefield V and Anthem. With those games utilizing the Frostbite engine, many believed it meant the Switch was getting Frostbite engine support.

Shortly after that, the engineer removed the specific mention of the Switch from his LinkedIn profile. Obviously that lead fans to wonder what was up with the mention in the first place, but the trail kind of went cold soon after. That brings is up to today, which gives us even more interesting news.

That same LinkedIn profile has been updated yet again. This time we see that the engineer also worked on Apex Legends, which doesn't use Frostbite. Obviously, all this leads to speculation that the original Switch reference was in relation to Apex Legends, and the conversation went towards Frostbite engine support weeks back because none of us knew Apex Legends was a thing!

Could the game be heading to Switch? A Respawn team member said they'd love to bring Apex Legends to Switch, but it wasn't something they could currently talk about. Evidence is certainly mounting that a port could happen, and perhaps with all the Nintendo Direct rumors, this could be one of those reveals. Stranger things have certainly happened, and this would be a lovely end to all this LinkedIn profile hunting. We'll just have to hang tight and cross our fingers!

Call me crazy, but I'd rather hear news of some more good original games coming to Switch, and not another silly Battle Royal game.

You are crazy! Apex Legends is a pretty good game. And the Switch only has one Battle Royale game.

But I agree to a degree. The more 3rd party (quality) games for Switch, the better. But on the other hand, the Switch is in a perfect situation where unique, original exclusives could sell pretty good since the system will never get those big AAA titles like RDR2 or the last Ass. Creed because it just can't handle those games, so people will often go for the superior versions. Also, since the system has many unique features that wont always wrk with ports, just make games usin those features.
The Switch got Octopath and is getting Bayonetta 3 (hopefully) this year. Octopath obviously sold pretty darn good and I think, by looking at the sales of B2, that Bayo 3 will sell pretty good too. Just make more, unique games from the ground up for Switch.

So instead of potentially getting a major current gen engine which would enable loads of ports, we've gone to getting a single battle royale game.

It could be real, there's room for another Battle Royale game on Switch, Fortnite is the only other big one that we currently have. I've watched impressions of the game before and overall they're positive, nothing amazing mind you, but it could evolve, as Fortnite has done.

I'm not a fan of BR games but it's not like Switch owners are missing out on some kind of new non-BR Titanfall game if this does come.

I remember these guys laughing when asked if Titanfall was coming to switch.