Earn Your Place in Valhalla in Season 11 of Ninjala Today

Chew on this one! 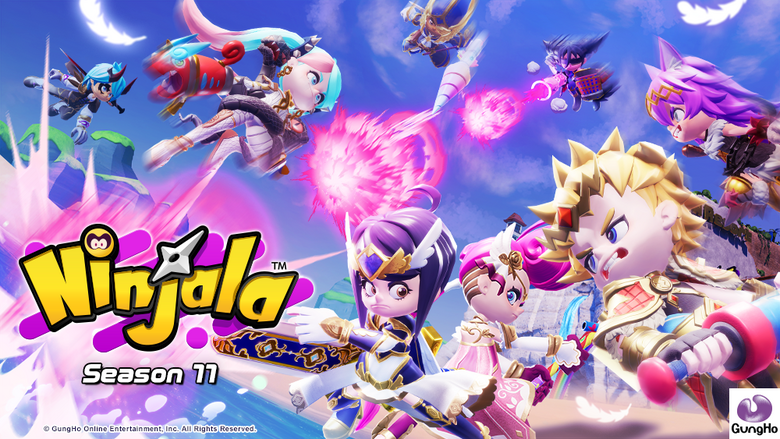 The gates of Valhalla have opened as Season 11 begins today in Ninjala! GungHo Online Entertainment is celebrating this season with outfits fit for the Gods, a Shinobi card that rewards emote-happy players, and event-exclusive weapons that can unleash Ragnarök on your foes. Fans of the Ninjala story will love Story Pack Vol. 3, which focuses on a fierce Ninja-Gum warrior battling for the pride of the WNA Academy.

Stay tuned - there’s another collaboration coming in December that players won’t want to miss. The WNA Tours: Jiraiya Cup will also start in October for solo battles and in November for teams.

Now through January 11, viking warriors set their sights on tons of loot and game features, including:

Take the High Ground: Players can prove their strength in battle in the WNA Junkyard, a freighter ship-based stage with plenty of vertical platforms. Climb on gas tanks and shipping containers and use Gum Rails, Dash Plates, and Jump Pads to take out the competition.

Bombastic Gum Weapons: Blow away the competition with the Pow Wow Cannon and Oedo Cannon, two punch-type weapons that fire beams when attacking. Both cannons have a special called “Thunder Cannon” that shoots a powerful long-range laser beam - perfect for stealing a drone kill or pushing the competition out of the zone! Pow Wow Cannon’s Ninjutsu, Super Fling, fires a powerful wave of force to take out drones and players. Oedo Cannon’s Gum Shot, Gum Needle, has a timed explosion that causes a Gum Bind, giving players the chance to rush in and attack pinned rivals.

Energy Saving Ability: Recover S-Energy after attacks with the “Energy Reward” ability, giving an extra few seconds to turn the tide of a battle.

Get Back in the Game: Bring Drones back into the battle quicker with “Drone Hustle”, the latest Shinobi card. Continuously using emotes near a downed Drone will speed up the respawn time. The card is even more effective if an ally also has the card equipped and joins in on the emote spree.

Work It For the Runway: Try before you buy with the Fitting Room in the Shinobi Shop. Try on any item in your cart, or multiple items at once.

Dress Up Your Weapons: Obtain limited edition Ninja-Gum by conducting more in-depth research on various Gum Weapons. There are 13 Ninja-Gum Skins coming to the lab in Season 11.

Show Off Your Spoils: The WNA Resort now has a Sticker Board. Players can display stickers found around the Resort map. Place stickers on the board to take screenshots with your favorites.

Burton, the main character of Story Pack Vol. 3, battles in the Croissant Arena in Ninja Extreme, an event showcasing the strength of the WNA Academy. Players that prove their skills in the story pack can win exclusive avatar items, BGMs, and more. Story Pack Vol. 3 drops today in the Ninjala shop.