The only N64 book you'll ever need 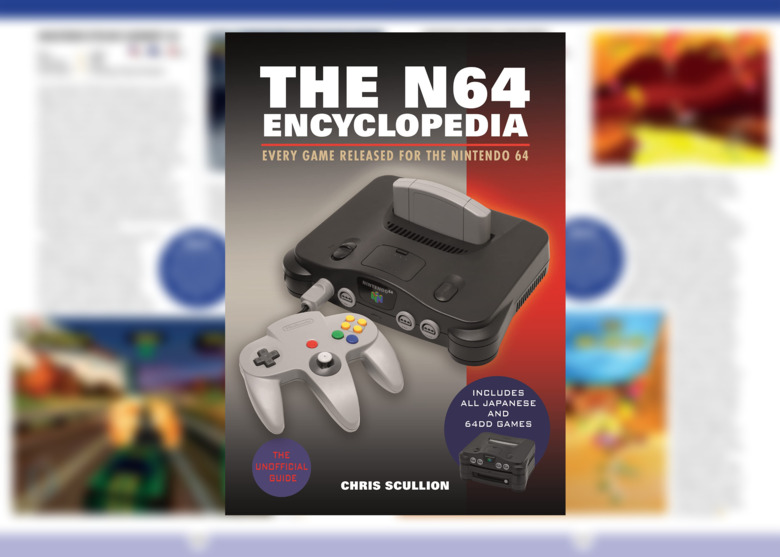 Looking for the perfect Nintendo-related book for your coffee table? Well, if you’re a fan of the Nintendo 64, look no further than The N64 Encyclopedia: Every Game Released for the Nintendo 64. This book is set to release on December 6th, 2022, and it’s penned by Chris Scullion, a games journalist who’s been covering the world of Nintendo for decades now.

The fourth book in Chris Scullion’s critically acclaimed series of video game encyclopedias, The N64 Encyclopedia is dedicated to the Nintendo 64, one of the most well-loved games consoles ever released. Although the Nintendo 64 didn’t sell as well as some of Nintendo’s other systems, and although it struggled in the shadow of the bold newcomer that was the Sony PlayStation, everyone who owned an N64 was in love with it and the four-player multiplayer it provided as standard.

Despite its relatively small library, the Nintendo 64 had a healthy number of groundbreaking titles that would revolutionize the way we played video games. The likes of Super Mario 64, GoldenEye 007, Mario Kart 64 and The Legend of Zelda: Ocarina of Time remain iconic in the eyes of video game fans 25 years down the line. This book naturally contains those games, but it also contains every other game released for the system, no matter how obscure. It also covers every game released in Japan, including those for the ill-fated Nintendo 64DD add-on which never left the country. With over 400 games covered, screenshots for every title and a light-hearted writing style designed to make reading it a fun experience, the N64 Encyclopedia is the definitive guide to a truly revolutionary gaming system.

If you’d like to pre-order a copy of The N64 Encyclopedia, you can do so through Amazon for $40.