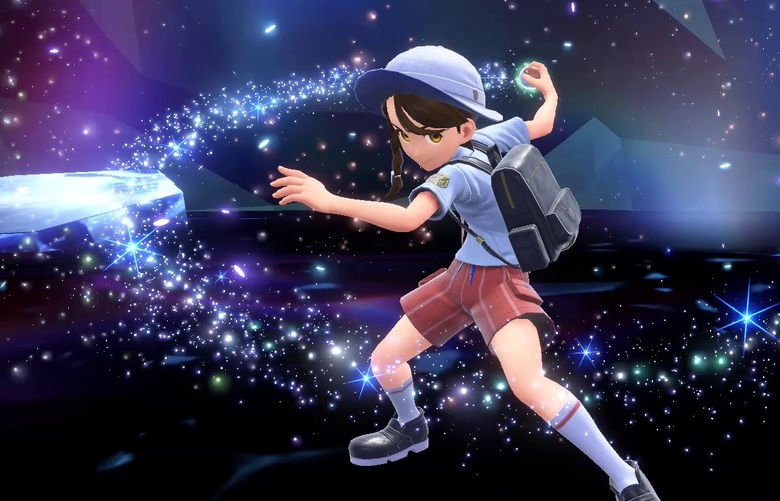 This gonna be a spitball or slider?

I have been with the Pokémon franchise since day one. I was in high school when Pokémon Red & Blue released, but even before that, I was already watching the Pokémon anime. I had read about the wave of popularity Pokémon was experiencing in Japan, so when the anime debuted stateside just a few weeks before Red/Blue would launch, of course I had to tune in. From there, I picked up a copy of Pokémon Red, and I became enamored with the world of Pokémon much like everyone else.

Fast-forward to 2022 and I have spent decades with the Pokémon franchise. You’d think that would make me somewhat of an expert on the series, but that’s far from the case. I don’t know why, but I’ve been brute-forcing my way through Pokémon games since Red. I don’t pay attention to types or attributes, and instead go full-steam ahead. Eventually I hit a point where I’m forced to change up my gameplan, but still, I work hard and see things through to the end. It’s an absolutely dumb way to play Pokémon games, but what can I say? I guess I’m just a dumb guy, but I’m having fun, damnit!

I recently had the opportunity to spend roughly 2 hours with Pokémon Scarlet & Violet, and the word ‘fun’ has stuck with me ever since. While I’m sure the superfans out there might disagree, for me, there’s never been a mainline Pokémon game that I didn’t have fun with. Sure, there’s some I like more than others, but all of them offer up a good time that I look back on fondly. If my short time with Pokémon Scarlet & Violet is any indication of the full games, I think I’m in store for some of the most fun I’ve had with a Pokémon game in years. 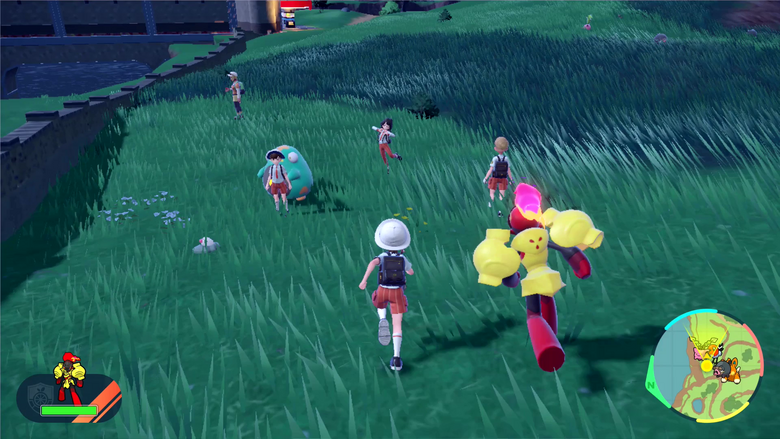 Who's ready to get their butts beat?

I hate to describe one game with another game, but there’s pretty much no avoiding it. You’re going to hear a ton of impressions that liken Pokémon Scarlet & Violet to The Legend of Zelda: Breath of the Wild, and I certainly agree with that sentiment. Breath of the Wild brought an unprecedented amount of freedom to the Legend of Zelda franchise, letting players explore and adventure in ways never seen in the series up to that point. My playtime with Pokémon Scarlet & Violet gave me those same magical feelings I first experienced with Breath of the Wild, and I honestly cannot wait to check out more.

The hands-on session I was presented had a number of missions to take on. There was a more traditional gym battle, a unique fight with the recently-revealed Starmobile, and much more. All of those components put interesting twists on tried-and-true mechanics and they were without a doubt a blast, but for my entire session, all I could think about was wandering off into the distance. I saw mountains I wanted to race off to, valleys I wanted to explore, paths I yearned to travel, and plenty of other enticing landmarks. It’s all right there just waiting for you to take it in, and boy, did I want to! 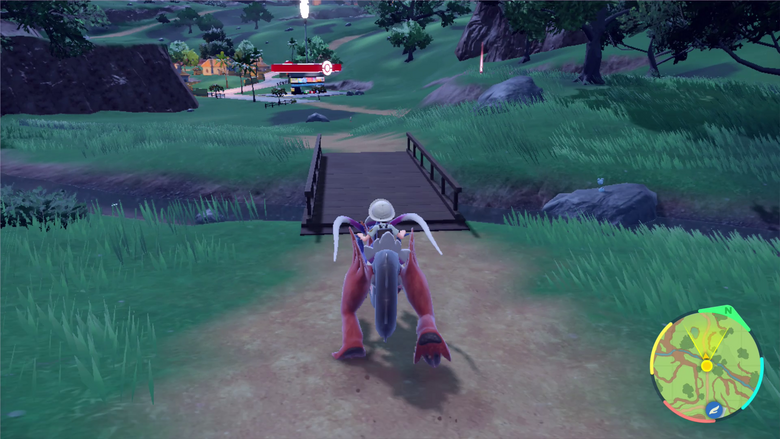 This element of exploration goes hand-in-hand with the legendaries in Pokémon Scarlet & Violet, Koraidon and Miraidon. As you’ve no doubt seen in the trailers and screens, these legendary Pokémon aren’t just fearsome in battle, they also make it much easier to travel around. You can hop on the backs of these legendary Pokémon to swim through wide bodies of water, speed quickly across land, and even soar through the air. These legendaries are available to you at almost all times, so you can call them out and use their abilities to explore anywhere you want.

I don’t know that I can accurately express the joy I found in using my legendary Pokémon to traverse the landscape. From the second the demo session started, I made it my mission to see the sights of Paldea. Pretty much nothing stands in your way when it comes to travel, so you can easily forge a path ahead and reach whatever destination you have in mind. I leapt up massive mountains with no issue and they launched myself from the tops to slowly soar through the air. Every time I thought I had a destination in mind, I’d see something else interesting why I was floating through the skies. There was so much to see and do, not nearly enough time to see any of it, and of course, restrictions on where I could go due to this being a preview event!

I desperately wanted to fly through the air and discover what was hiding in each nook and cranny. You never know what you’ll find waiting for you, and I love that feeling so much. It’s something I’ve never actually felt from any Pokémon game outside of Pokémon Legends: Arceus, but Pokémon Scarlet & Violet are clearly built with open-ended exploration being one of the main mechanics, which means there’s so much more to do. I tried to cram in as much exploration as possible, but again, I had to work within the guidelines and restrictions. 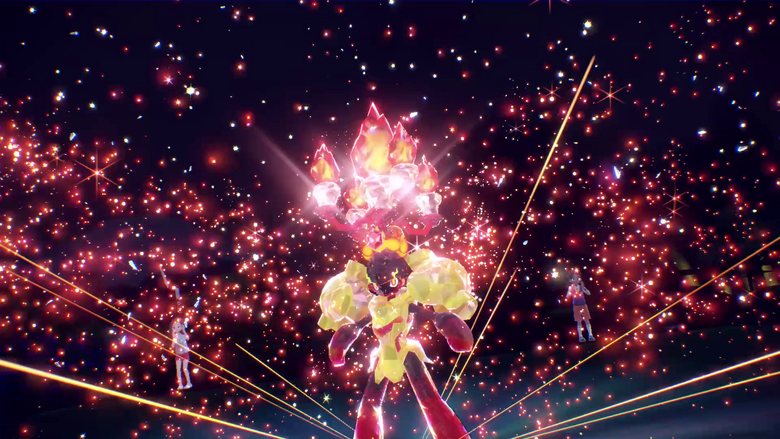 The deeper I got into my Pokémon Scarlet & Violet demo session, the more I saw just how meticulously this adventure was crafted for open-world play. Outside of all the eye-catching landmarks and locations, you’ll see how little other Pokémon and characters get in your way. While you’ll see other Pokémon Trainers to battle, they won’t make a beeline for you as soon as they make eye contact. Instead, you’ll have to walk up to them and talk in order to activate a traditional battle. To a lesser extent, the same thing happens with wild Pokémon. If you get close enough they will charge and initiate a battle, but you can still avoid them. On top of that, you can call out a Pokémon to travel alongside you, and then send them out to battle wild Pokémon on the map. This lets you pretty much ignore Pokémon battles when you’re busy exploring, yet take them on when you feel like fighting. Two small differences that make for a big change in the flow of the game.

I’ve only scratched the surface with Pokémon Scarlet & Violet, and honestly, that’s what excites me the most. I didn’t see anything that caused me concern or upset me. I only encountered features I wanted to try, areas I wanted to dive into, and new Pokémon to catch. Much like Zelda: Breath of the Wild, it’s incredibly hard to grasp the scope and scale of Pokémon Scarlet & Violet in a quick demo session. My time with the game flew by, which is obviously a good sign for what’s to come. If 2 hours can go by in the blink of an eye, just imagine how quickly time will pass when we’re playing the real deal!