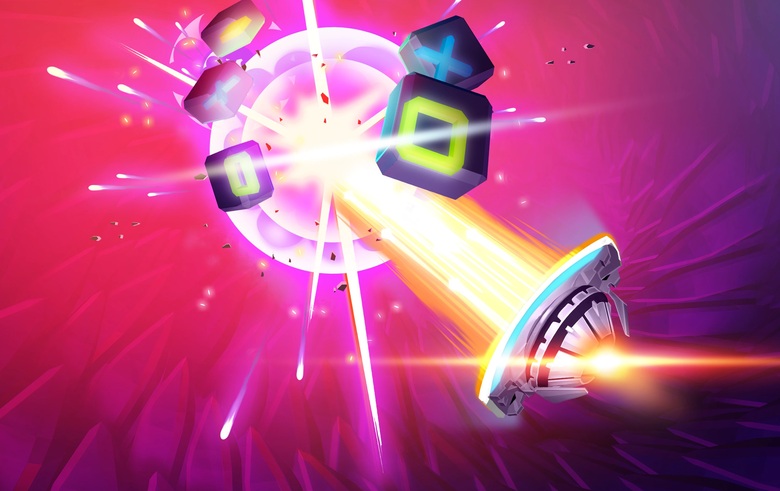 Shatter is a game that originally launched for the PS3 back in 2009, and that’s exactly where and when I played the game. I’m a sucker for Arkanoid/Alleyway clones, so all it took was one glimpse at Shatter to know I had to pick it up. I’m glad I did, as it turned out to be a great evolution of the genre, and a game I’d go back to many times. One of the elements that really put Shatter over the top for me was something I wasn’t expecting; a killer soundtrack.

The soundtrack for Shatter was composed by the electronic musician Module, and their work was described as an “eclectic mix of genres from Electro to Glam Rock.” That’s a great place to start, but I think what you really need to know about the Shatter soundtrack is that it’s incredibly catchy, there’s always a beat to tap along to, and it somehow makes bouncing a virtual ball off a virtual paddle seem unbelievably cool.

I’ll never forget first playing Shatter when it launched. I already knew I’d be suckered in by the gameplay, but I had no clue I’d be so enamored with the soundtrack. Back in 2009, I was playing most of my games with crappy TV speakers as the source for audio. Shatter’s soundtrack was so interesting to me that I made a point to fish out a pair of headphones and get them hooked up. Playing that way let me appreciate the soundtrack on a much deeper level, which is why it’s stuck with me literally over a decade later. 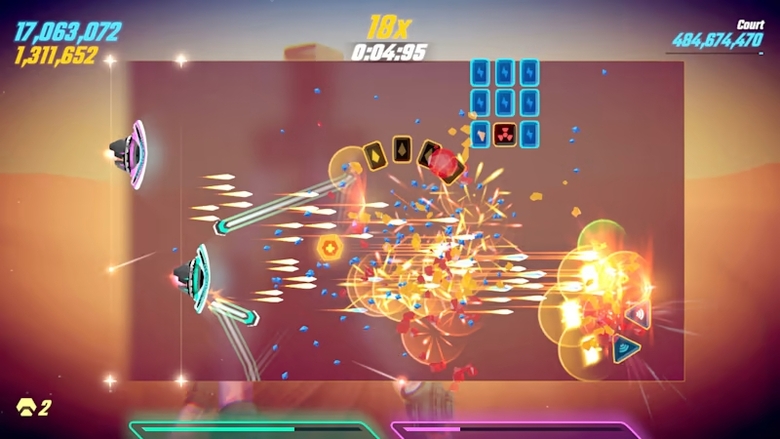 Truth be told, describing Shatter’s soundtrack as a collection of tunes doesn’t really do it justice. In my opinion, there’s not a bad song in the entire batch. Furthermore, the Shatter soundtrack flows together remarkably well from track to track. I don’t think of Shatter’s soundtrack as 13 individual tunes, but instead, an album that’s meant to be listened to all the way through, start to finish. There’s just something about the way these tracks line up that makes them feel like one long piece of music, creating a journey the entire way. That’s incredibly impressive, especially for a game that doesn’t have a story, and I can’t think of many other game soundtracks that achieve the same thing.

There’s definitely a vibe to the Shatter soundtrack. It’s certainly an atmospheric, upbeat listen, and at times it comes off as quite inspirational. It would make for a great listen in all kinds of situations, such as a car ride, a study session, the background to a party, and so much more. I can’t tell you how many times I’ve listened to the Shatter soundtrack while working on GoNintendo. This soundtrack always keeps my head bouncing and my attention focused. It’s such an infectious listen, and one that I find really hard to play without cracking a smile. 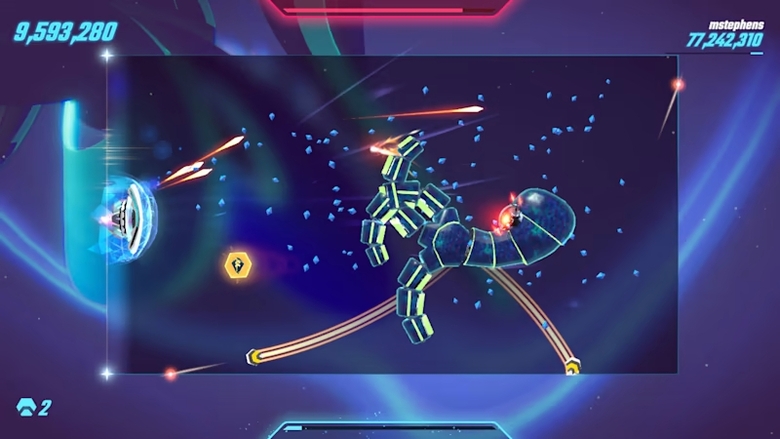 If you haven’t listened to the Shatter soundtrack for yourself, you’ve got one option available right now, and another coming very soon. You can listen to the Shatter soundtrack in its entirety through the official embed above, or you can save the fun for the game itself! Shatter Remastered Deluxe is coming to Switch on November 2nd, 2022, and it includes the full, original soundtrack in its entirety. Again, there’s no story to Shatter, so you won’t be spoiling anything by listening early. That said, hearing the music for the first time as you journey through Shatter Remastered Deluxe will no doubt be a pretty amazing experience. I know it was for me!