Check out the box art for Witch on the Holy Night 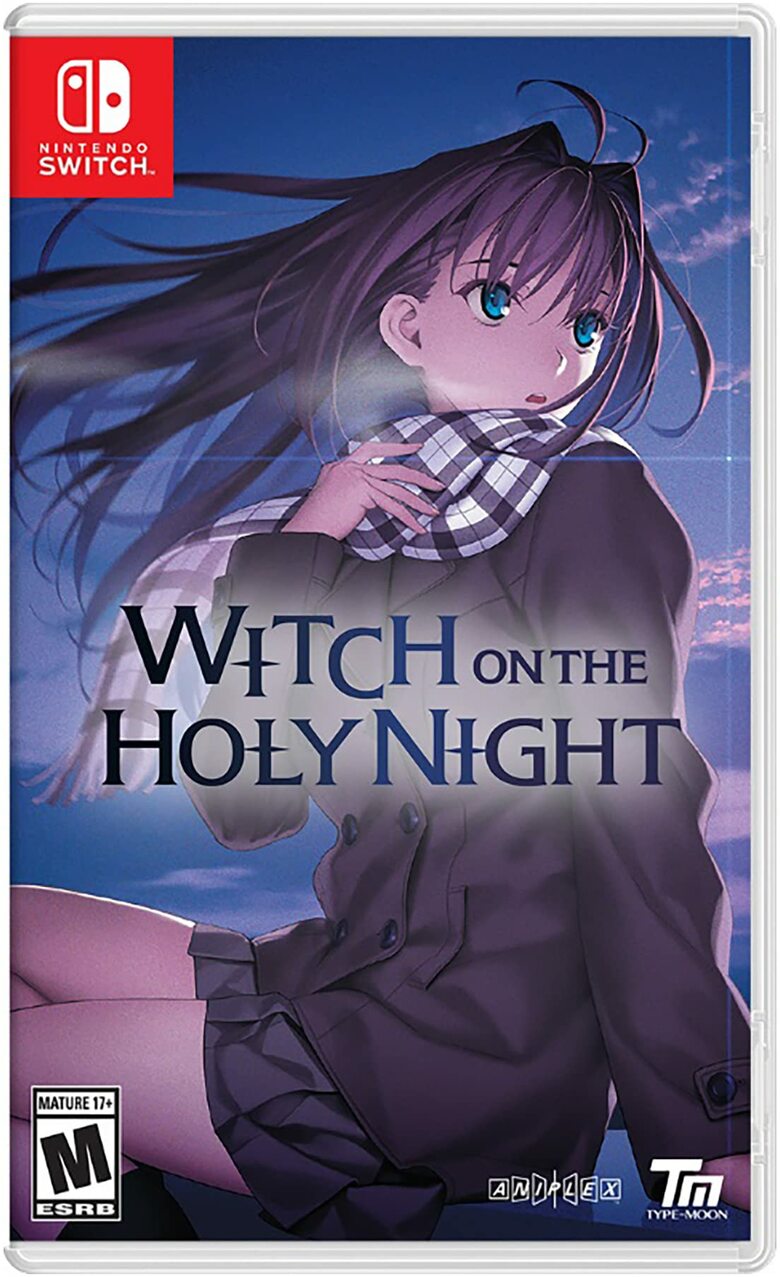 The box art for the upcoming visual novel, Witch on the Holy Night has been revealed, check out the Switch version above. in case you missed it, a free demo is now available to download here. A collector’s edition will also be available, which includes the game, art book, and a Collector’s Box, priced at $59.99, you can pre-order it from Amazon here.

TYPE-MOON, known for the wildly popular mobile game “Fate/Grand Order” and the epic visual novel “Tsukihime,” is releasing a remaster of the 2012 hit “Witch on the Holy Night,” on Nintendo Switch™. Experience a coming of age story set in the vibrant, bustling 1980s, which follows an innocent young man and two young “witches.” Updates added since the original release include long-awaited fully voiced characters as well as visuals remastered in full HD, bringing the experience to life with unparalleled quality and fidelity. Masterful manipulation of visual elements imbues combat scenes with nail-biting tension, but also breathes life into the characters’ everyday activities. Animated graphical elements bring an entirely new level of depth to the reading experience as well!

In the mansion on the hill, there lived two witches…

It is the late 1980s—the twilight of an era of beauty and vigor. A boy moves to the city, barely missing two witches living in modern times.

The boy leads a completely ordinary life. She carries herself with gallant pride. The girl lives a sleepy, hidden life.

Each walks a starlit path. One would never expect their paths to cross. The story of how these three disparate people came together is soon to be told.

“Witch on the Holy Night” returns 10 years after its original 2012 release, further refined with fully voiced characters and a full HD visual remaster.