Quite the event send-off 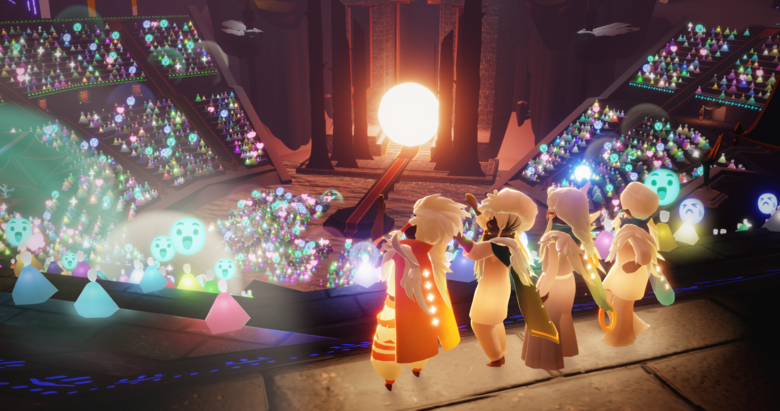 Powered by a proprietary game engine, the concert promises to be revolutionary, connecting over 4,000 players together on the same screen, at the same time for a momentous, shared emotional experience. This first-of-its-kind virtual performance propels the vision of in-game concerts forward, redefining what is possible through unparalleled music, storytelling and interactivity.

The concert kicks off on December 8 at 8:30pm PT following The Game Awards, with 45 minutes of entertainment for fans. During the concert, attendees will be taken on a unique musical journey to connect with AURORA, her music and with others all around the world. Attendees will be a key part of the performance, as they enjoy, absorb and immerse themselves into AURORA’s top hits, including, “Exhale, Inhale,” “Runaway,” “All is Soft,” “Warrior,” “The Seed,” and more.

On the day of the concert, fans are encouraged to arrive early to the in-game venue to try out exciting new features designed for the experience that includes: meeting new characters, learning unique expressions, playing AURORA inspired instruments, enjoying a sound bath, and much more.

Current and new players are all welcome to join in on the festivities in December.

Fans can also use #thatskyconcert on Twitter to share their reactions from the concert experience and see how others around the globe capture their most magical moments during the performance.

The concert is the conclusion to Sky: Children of the Light’s Season of AURORA, which players can jump into now. In the Season of AURORA, players experience characters, stories, quests, themed items and more inspired by and featuring music of AURORA. Players journey through a story told in music and discover the song-filled memories of Spirits carrying hope through struggle and loss.