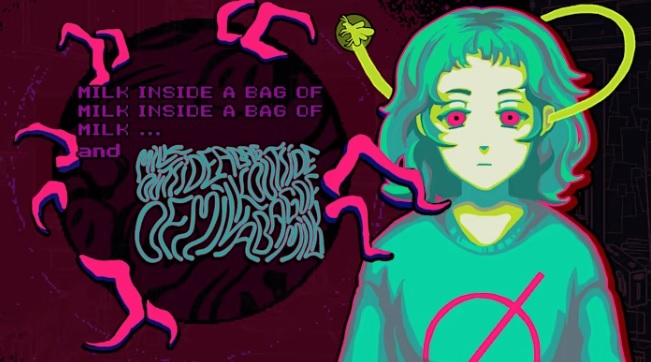 A couple of days later, the official trailer for the Switch release of Milk 1 & 2 came out, and that’s when the games truly caught my attention. I don’t know what I expected from either game, but what I got was pretty unsettling. Extremely pixelated visuals, a discomforting soundtrack, and various scenes that seemed downright creepy. This is when I felt bad for not digging deeper into Milk 1 & 2 when I first heard of them, as it seemed like both titles had something pretty unique to say. 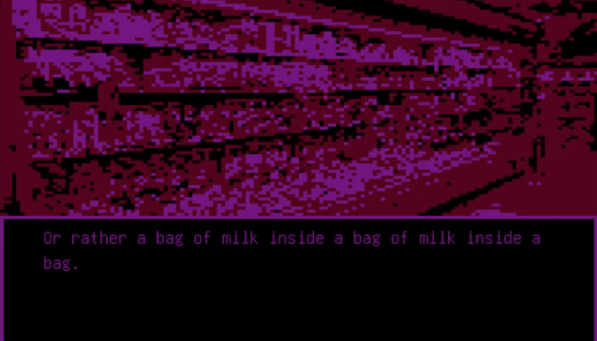 Now with both Milk 1 & 2 behind me, I know my initial blaise faire attitude was the wrong one to have. These experiences have a lot to offer, and they’re not afraid to hit you hard with a number of heavy topics. You’re going to feel uneasy for pretty much the entire run of these visual novels, and that’s very much the point. I wasn’t prepared mentally for what was presented, which made the journey that much more thought-provoking. Milk 1 & 2 certainly aren’t going to be for everyone, but they’re very much important works that dare to do something different.

What are Milk 1 & 2 all about? On the very surface, they’re centered on picking up milk from the store. Milk 1 focuses on a trip to a convenience store to buy some milk, and Milk 2 is about what happens once you return home. Outside of a few multiple-choice sections, a couple of text input boxes and one point-and-click segment, that’s pretty much it. Seems like a pretty boring idea for a pair of games, doesn’t it? Well, as with any visual novel, the real hooks come from the story, and what you get from Milk 1 & 2 is anything but boring. 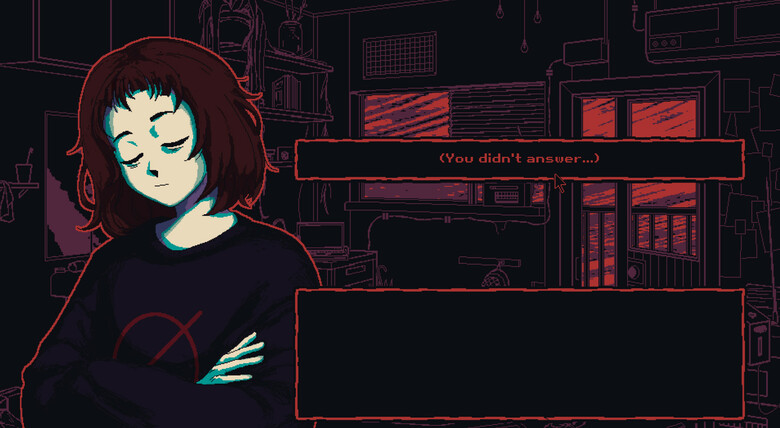 As I previously mentioned, Milk 1 & 2 tackle numerous serious subjects. These stories will cover mental illness, death, suicidal thoughts, paranoia and so much more. Both games are very much explorations of what it’s like to struggle with mental illness, and as you might expect, it’s not a pleasant experience. I personally do not know how close Milk 1 & 2 come to accurately depicting various mental illnesses, but I can tell you I personally felt quite uncomfortable while playing.

I cannot accurately express the headspace Milk 1 & 2 put me in while working through them. While these games have some ‘scary’ elements, I never felt scared while playing. What I did feel was a discomfort that never went away. You’re constantly bombarded with traumatic situations, and you never quite have a full grasp on what’s real and what’s not. Milk 1 & 2 are meant to disorient you and get you far out of your comfort zone, and they achieve that on a level I’ve never before experienced in a game. 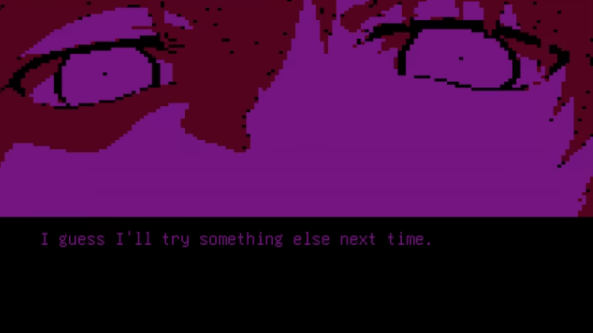 Milk 1 & 2 also hit me with an immense feeling of sadness. I know a fair amount about mental illness and other mental health issues, but I’ve thankfully never personally had to deal with them. It’s one thing to know of these issues, but it’s completely different to live with them. I’d imagine that Milk 1 & 2 are as close as I’ll ever get to knowing what life is like with certain mental illnesses, and that’s why I was overwhelmed by sadness. Trying to navigate the game’s disconcerting narrative and environments, coupled with the overbearing internal monologues helped me to realize just how horrible a life like this can be without treatment. There was so much going on, and it simply didn’t stop. You never get a moment during the game where you feel like you’re fully in control or understand everything happening around you. Honestly, it was like a waking nightmare.

What does come across clear as day in Milk 1 & 2 is the fact that the main character is constantly battling themselves. There’s a fight between the unmedicated mind and the better half, which are forever locked in conflict. To see this play out and send the main character spiraling down a seemingly never-ending pit of darkness is tough to endure. There are very brief glimpses of hope or brightness, but they’re never more than a line or two that are quickly followed by the next disturbing revelation. 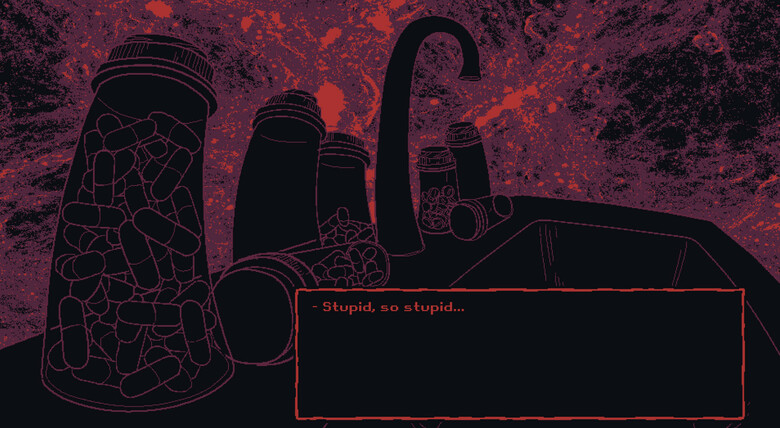 Milk 1 & 2 are going to be a huge turnoff for a lot of players out there, and many others will be triggered by some of the stuff they see. These ‘games’ are not fun, endearing, or anything else pleasant. Instead, Milk 1 & 2 are important, engaging, informative, and unlike anything else I’ve ever encountered in video games. Seeing titles like this shows just how moving and innovative games can be, and how they can push far, far beyond the boundaries of what we think the medium is capable of. If you’re prepared for a journey that’s going to be arduous every step of the way, Milk 1 & 2 are well worth the time.

It didn’t seem right to include a traditional talk of graphics and gameplay elements in the body of this review, so I’ve added this quick blurb as an addendum. Both games run totally fine, and the sound design is quite unnerving. The only real issue comes from Milk 1, which was clearly translated by someone who doesn’t speak English very well. Since the game is only 20 minutes, you can get through it and roughly understand most of what’s said. Thankfully, Milk 2, which is much longer, has a stellar English translation.