Putting the BEAT in beat'em-ups: A chat with River City Girls 2's composer

Punching up the soundtrack 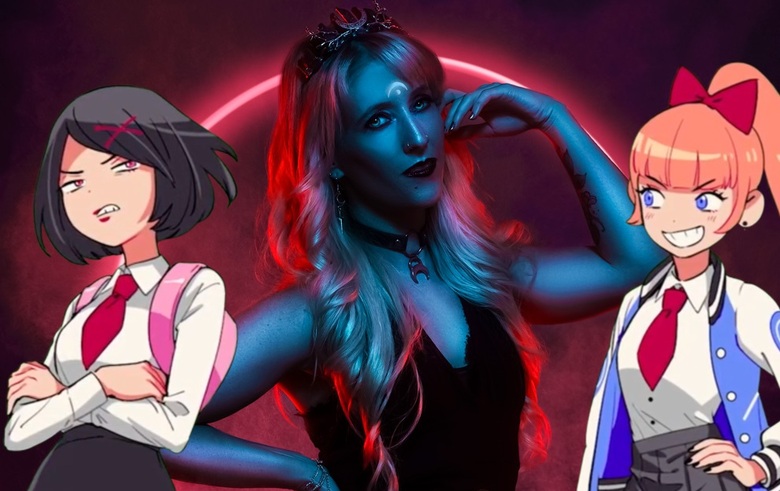 The original River City Girls received a ton of praise in numerous respects, but the game’s soundtrack may have garnered the most accolades. Filled with tunes that get your toes tapping and vocals that are unforgettable, the River City Girls soundtrack continues WayForward’s excellent track record of great games with equally great soundtracks.

Megan McDuffee was the one responsible for the amazing songs of River City Girls, and she’s returned to composing duties for River City Girls 2. How in the world do you not just match the heights of the original soundtrack, but do your best to surpass them? We had the chance to talk to Megan McDuffee herself to find out!

GN: Were you surprised with the reaction to the original River City Girls?

MM: Of course I was hopeful that the game and soundtrack would be well-received, but I didn’t anticipate quite the level of hype it ended up having! I still have people message me about how much they loved the soundtrack and game both.

GN: When starting work on the sequel, what main goals did you have in mind for the soundtrack?

MM: I definitely wanted to keep the upbeat synth-laden charm of the first one, with my usual focus on catchy melodies. I also wanted it to obviously sound connected and cohesive with the first game, but also inject some new flavors. I accomplished this by having new musical reference material of different genres, and also implementing production/mixing techniques I had learned in the years since the first game.

GN: Take us through the process of crafting a song.

MM: First I consider the area or level of the game, what feelings and attributes it might have, and then I usually start by laying down a groove. Once I have a beat and sounds that I like, I’ll move on to bass. Just the drums and bass atmosphere is usually enough to spark all sorts of melodic and harmonic lines in my head, and then it’s just a matter of finding the right timbres and synths to use for those parts! Of course, once I’m done composing and producing, then I export each instrument part separately into a new mixing project, where I can then tweak effects, automation, EQ, etc. 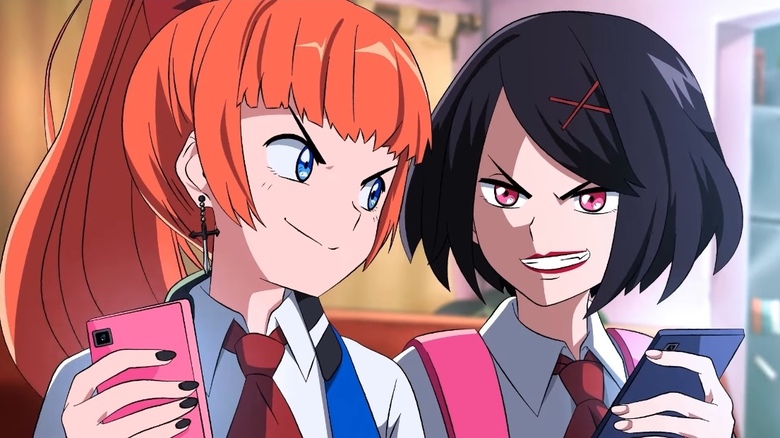 Kyoko and Misako streaming the soundtrack on Spotify

GN: How long did it take to complete work on the River City Girls 2 soundtrack?

MM: I started working on it roughly in December 2020, and finished everything up in March this year (2022). So I chipped away at it over a year-ish.

GN: How many collaborators did you tie up with for this project?

MM: Cristina Vee and RichaadEB were my collaborators on the intro song, since I actually directly worked with them to add vocals and guitar to the track I produced. The hip-hop track from Megaran and the manga cutscenes by Dale North were 100% composed and produced by them, so I didn’t really work with them per se.

GN: What’s the toughest part of putting together such a massive undertaking?

MM: Keeping on track for deadlines while navigating around my other projects is always a bit of schedule-Tetris.

GN: Were there any songs that were particularly challenging to put together?

MM: From an arrangement standpoint, I’d say the Ken boss fight was on the slightly more challenging side. Incorporating a fully arranged orchestra with the synths, drums, and actually making it sound legitimate (as far as things instruments could actually do), as well as keeping the orchestration interesting was definitely more time consuming. Blaire was a similar challenge. I always love getting to use my orchestration chops though, as most people hire me for my electropop stylings. 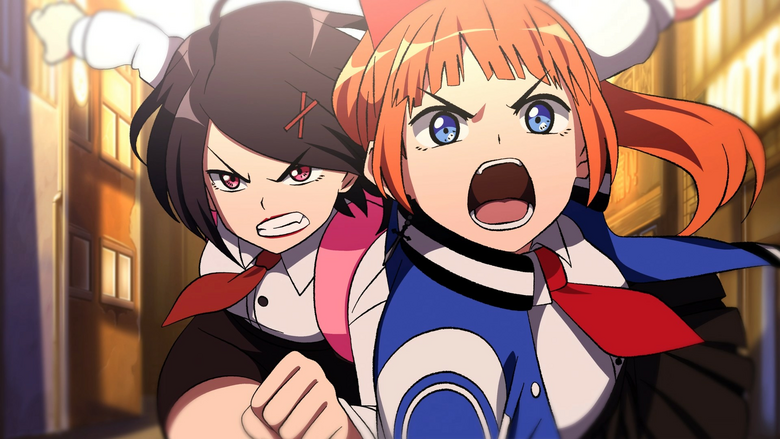 Rushing to buy the digital album

GN: Do you have a favorite track on the River City Girls 2 OST?

MM: Gah, this is always such a hard question! I guess ‘no’ is an acceptable answer, right? I have too many favorites.

GN: What’s the biggest difference between the soundtracks in the first and second games?

MM: The biggest differences are the multitude of genre blends, like the orchestral elements, jazz/big band, Latin influences, etc. that weren’t present in the first game. And secondly my mixing techniques, especially on the vocal tracks, are vastly improved to my ears.

GN: Where can people find your work, and what might we hear you in next?

MM: I’m everywhere! Bandcamp and Spotify are the two best places to find my work. I still have a bunch of vinyl records for my dark electropop debut, Inner Demons, which you can find exclusively on Bandcamp. As for what’s next, you’ll hear me in Atari’s recent Recharged series (now at 7 games!), and the soundtrack for those titles will be coming soon in the new year. You can now hear my music in Apex Legends Mobile, which is just too dope. I’m also starting work on Streets of Rogue 2, the sequel to the popular indie hit Streets of Rogue. Last but not least, I’m working with WayForward on a brand-new exciting project!

A huge thanks to composer Megan McDuffee and the entire WayForward team for taking time out of their busy schedule to collaborate on this interview.

River City Girls 2 comes to Switch on December 15th, 2022, and you’ll be able to purchase the game on the Switch eShop for $40. You can also stream the game’s soundtrack through Bandcamp.