Is that you, Princess Toadstool? 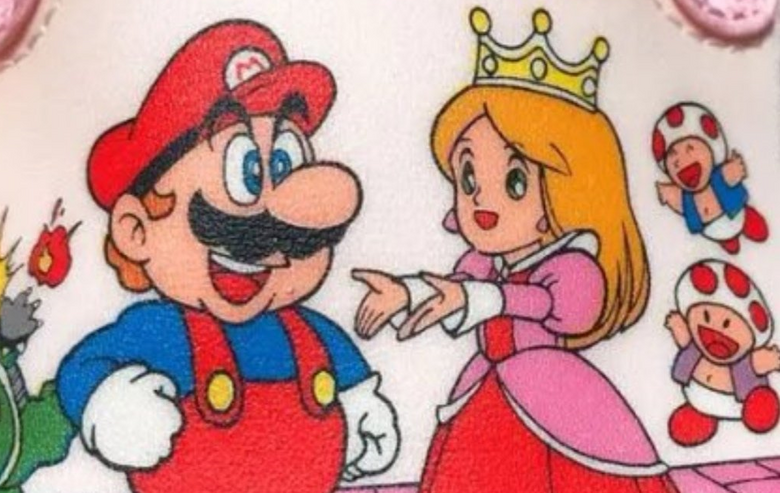 Nintendo has had a standardized design for Princess Peach for decades now. It’s one they use in almost all their games and merch nowadays, but there was originally another design that came around before Nintendo had locked in their final design choices for the character.

Back when Mario merch first started coming out, Nintendo hadn’t put together an official style guide for Princess Peach. When it came time to create artwork for Princess Peach that would go on a piece of merch (in this instance, shoes), artist Gaku Miyao had to come up with a design of his own.

Miyao referenced the only two pieces of artwork for Princess Peach at that time, Peach’s in-game sprite from Super Mario Bros., and her appearance on that game’s Japanese cover art, to cook up a Peach design for the merch. That’s how we got to the image above.

Obviously Nintendo eventually came to an agreement on what Princess Peach was going to look like in official artwork, but you really have to applaud Miyao for what he pulled off. He was working with very little as a reference point, and his final design is certainly more impressive than what he based his work off of! 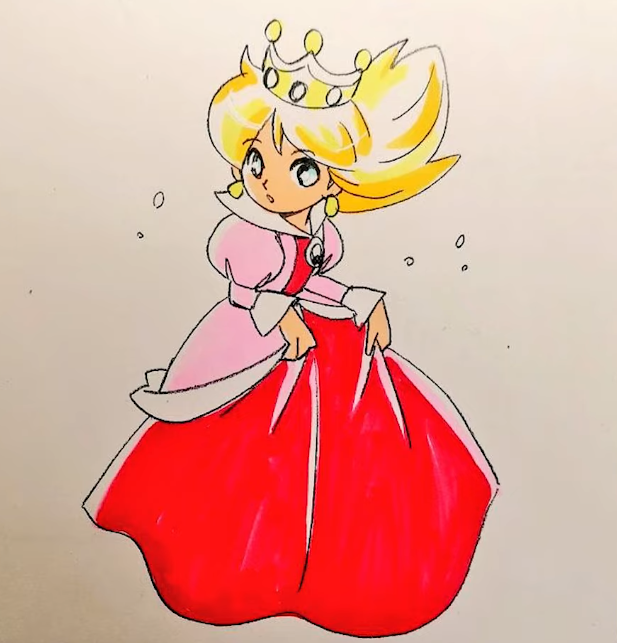 Finally, just as a bit of fun, Miyao revisited his Princess Peach design to come up with something more modern. He believes that if Nintendo stuck with his Peach design for that original merch, the princess would eventually arrive at a design revamp close to what Miayo created above.

I don’t know about you, but this new take on Miyao’s old work looks absolutely gorgeous to me!