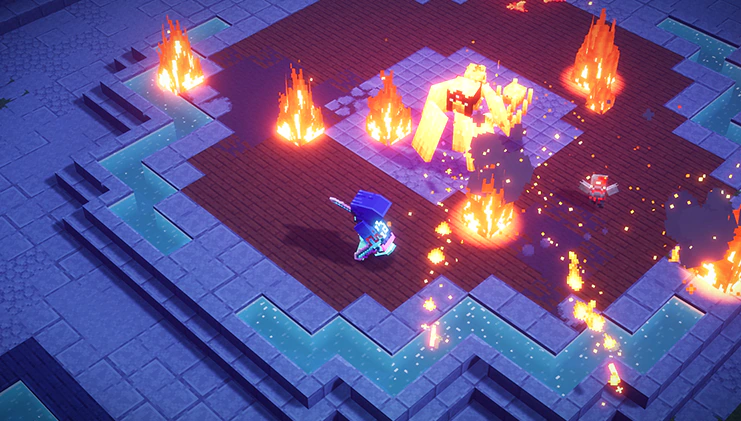 Minecraft Dungeons just saw the Luminous Night Seasonal Adventure release earlier today, and with that comes an update to the main game as well. Minecraft Dungeons has been updated to Version 1.14.1.0, and you can get full patch notes for this update below.

Explore the Tower as you’ve never seen it before, with floors that feature new biomes, perplexing puzzles, and the Wildfire – an old fan favorite that is making a triumphant return to the Minecraft universe.

Luminous Night features plenty of radiant rewards that will light up your surroundings with bioluminescent delight! These include the dreadfully adorable Ministrosity and Abomination pets, but also plenty of shiny emotes, skins, capes, and flairs.

The Storage Chest has been added to The Camp, allowing you to store an additional 300 items per character

With this release, you’ll discover and unlock 10 new achievements during your adventures!

The following are issues that the development team is aware of and will be working to resolve in upcoming updates: