Massive Tangledeep updated adds in Ronin Mode and much more

One of the game's biggest updates yet 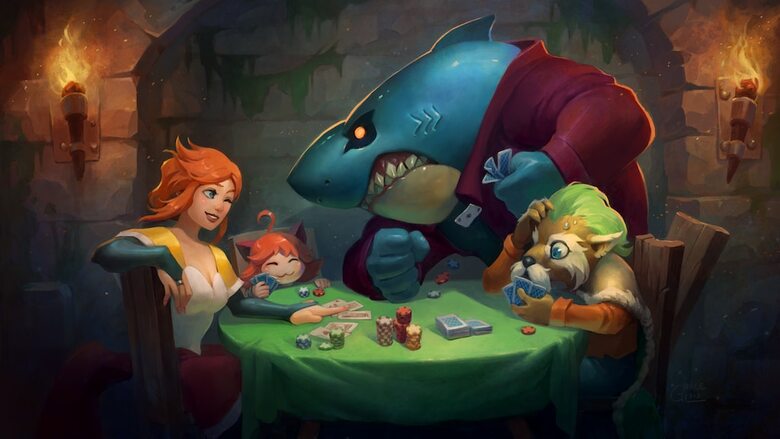 Tangledeep has been updated to Ver. 1.51 on Switch, which is an absolutely massive patch that introduces Ronin Mode, balance changes, and much more. You can see the full list of patch notes for this update below.

This patch introduces Ronin Mode to Nintendo Switch, a new challenge that gives you a wildly-variable set of skills, new monster encounters, and a streamlined dungeon. In this mode, you do not pick a job. In fact, the job system is effectively removed!

Instead, when you start the game, you are assigned 12 random active abilities and 6 random passive abilities, all of which are purchased with JP. These abilities come from an enormous pool of skills and include over 50 NEW, never-before-learnable skills such as effects from Legendary items. We guarantee you will find some interesting combinations!

As you venture through Tangledeep as a Ronin, you’ll also find not just more monsters, but also randomly-generated monsters (similar to Wanderer’s Journeys in Legend of Shara) fighting alongside the monster ensemble you’re used to.

You’ll have to use observation, tactics, and ingenuity to learn the abilities & patterns of these new monsters and overcome them. Not to mention… they can be captured as pets!

If your character is defeated, you’ll retain your “meta” progress like in Heroic Mode, but you will have to roll a new character with new skills. That’s just how it is!

There are a variety of other tweaks in Ronin Mode to generally streamline the game and encourage that “one more run” style of gameplay we all know and love.

Overall, we hope that you’ll find Ronin Mode a blast to play, even if you’ve beaten the game 10 times over. There’s a lot of new possibilities and exciting encounters to discover. Good luck!

All save slots now share ONE banker with shared items, gold, and item capacity. Also, unlocks such as jobs, feats, Shara mode (for Legend of Shara DLC, etc) are now global across all slots.

Finally, corral pets are ALSO now shared between slots. The max limit for actively usable pets in the corral is still 12; any pets beyond that will be seen wandering around, but they will not be usable unless you release other pets first.

To sync existing progress to the shared progress you must load each of your save files then save the game (i.e. go back to the title screen.)

Of course, hardcore, Challenge, and Ronin modes do NOT access the shared stash or corral. However, job & feat unlocks will carry over into those modes.

Various changes have been made to the pet monster system, specifically with grooming at the corral. First, you can now groom up to 10 times; each one will cost a bit more. Second, a pet’s beauty can now confer a special passive status if they are anything other than “Plain”. For example, very ugly pets may draw more aggro, or be so repulsive that they scare other monsters away. Beautiful pets may blind enemies with their perfect complexion or charm them to fight on your side.

Finally, additional grooming options have been added to let you adjust both beauty and happiness in either direction (up or down).

If you have explored at least one floor of one dungeon “branch” (e.g. Amber Station) but not the other (e.g. Fungal Caverns), you will no longer get rumors for that other branch, unless they are for discovering new areas (like the casino).

If a rumor involves a monster that has become trivial to defeat, or an item that is low quality compared to your level, it will be automatically abandoned after a couple in-game days. This will never happen with legendary items, set items, Item Dream rumors, or rumors involving finding new areas. (This option may be toggled on/off)

Text will now appear on the screen indicating current rumors on your current floor (or nearby) so you don’t have to keep checking your log.

You can now “speak” with the wardrobe in town, and, for a small fee, enable a seasonal event such as Halloween or Lunar New Year. These events persist across save files and do make the game somewhat easier by enabling more drops and goodies. But, they’re a lot of fun, so use them how you want. Here are the elements of the Lunar New Year event:

Tsukida the Moon Rabbit has arrived with a quest for Mirai; help out, and you can get a powerful legendary item new in this patch!

You can now find traditional Chinese food and drink in the world of Tangledeep, especially from champion and boss monsters, such as a Jumbo Dumpling, Five-Spice Peanuts, Sesame Buns, and Fresh Black Tea, all with brand-new effects. You might even come across some traditional lucky red envelopes full of money!

The look of the Sword Dancer job has been adjusted to match the garb of the legendary warrior Fa Mulan. It’s a perfect fit, since the Sword Dancer’s style and abilities are already based on Chinese sword fighting.

The town has been decorated with lights and lanterns, and the classic town music has been rearranged using traditional Chinese instruments mixed with original soundtrack instruments.