Update's right around the corner! 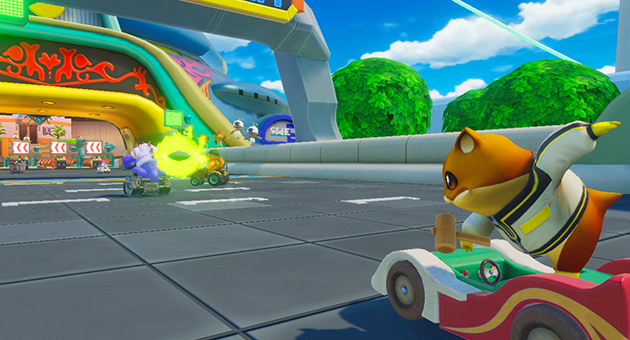 The next big update for Chocobo GP is coming before the month closes out. Chocobo GP will be updated to Version 1.1.0 on May 31st, 2022, and it brings a host of changes, tweaks, and fixes with it. You can see the full patch notes for this version update below.

Players of the Lite edition are now able to participate in online multiplayer modes.

The new track “Balamb Garden” has been added to the game.

New series “The Demon Series” has been added to the game.

From Season 2 onwards, mirrored versions of tracks will appear in Chocobo GP mode.

Some character capabilities have been adjusted.

The following characters will now take less damage when attacked with abilities and will only crash rather than being wiped out:

It has been made easier for the following characters to fill their ability gauge:

The Magicite obtained during races has been altered

Magicite can now be used while taunting.

Gil remaining at the end of a season can now be carried over to the next season.

The number of crystals required to obtain an Item Ticket has now been fixed at 10.

Please be aware that when this update is applied, the total number of crystals a player has collected will be reduced down to a single digit (the units value is retained, with tens and hundreds removed).

The in-race BGM select feature can now be used from the start.

Improvements to issues where characters were getting caught on the terrain of some tracks.

Other improvements and bug fixes.

Use the hammer to attack other racers with sunflower seeds. Seeds hit up to two levels harder with each round launched. After the harder hitting rounds are fired, the level resets.

Set up bombs on the track to explode when you decide. Press the ability button to detonate the bombs. Racers caught in the blast will wipe out. You can still drift, use magicite, and perform Air Tricks while the bombs are set.

Operating Policies for Season 2 and beyond:

Premium Prize Passes, Level-Up Tickets and Team Stickers are being taken down from sale.

Team Stickers will now mainly be earned as prize level rewards and will not be available from the shop in future.

To commemorate the start of Season 2, all players will be gifted an 800 mythril log-in bonus.

As a basic policy, all costumes and other products added to the mythril shop will remain on sale for the subsequent season and beyond.

The size of scores obtained through playing Chocobo GP has been increased.

Mythril has been added to the prize level rewards

The composition of prize level rewards has been re-assessed so all major items can now be obtained by the time you reach level 20.

The characters and other reward items earned as prize level rewards will also be sold in the Ticket Shop.

As a rule, there will be no limited availability period for items on sale in the Ticket Shop and they will still be available to purchase during the next season and beyond.

If a player has already purchased the same item from the Ticket Shop when they earn it as a prize level reward then they will receive an amount of gil instead.

Items added to the Gil Shop will only be Premium colours and Wallpapers from now on.

The new characters added for Season 2 will all be available as prize level rewards and sold at the Ticket Shop.

The items available for Season 1 that were not Premium colours or Wallpapers will remain on sale in the Gil Shop.

During Season 1, there were a number of different issues that led to Team Stickers disappearing and this caused great inconvenience for players. We sincerely apologise for the trouble caused.

As mentioned above, Team Stickers will no longer be on sale at the shop from Season 2 onwards, and will be obtained as prize level rewards instead.

Going forward, we will be offering the following log-in bonus to all players, to enhance everyone’s enjoyment of Chocobo GP.