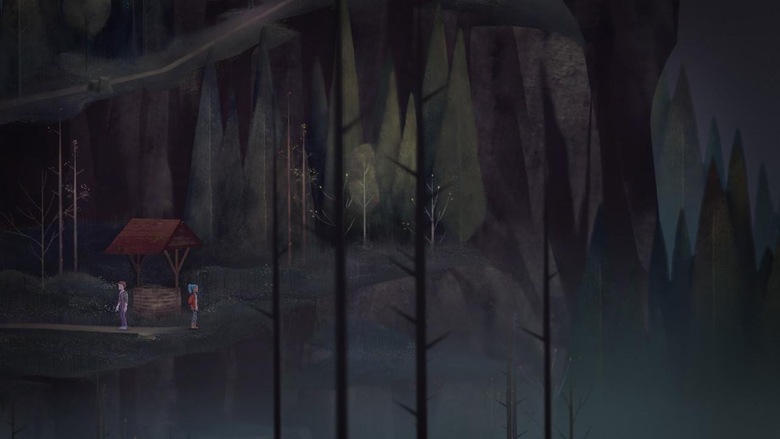 A new update has gone live for OXENFREE, bumping the game up to Version 3.2. This update includes a few bug fixes, along with French, Italian, German, Spanish, Russian and Simplified Chinese localizations. That’s all wonderful stuff, but there also seems to be some hidden content teased in this update.

Developer Night School Studio has put together a very special message, which we’ve shared below. We’re sharing a screenshot along with text, as it seems there’s more to the message than first glance.

Since last September, we’ve been working tirelessly to stop whatever is breaking the game and getting into the radio. We’re still not sure how it happened or if it’s really fixed. The QA team can’t confirm that the broadcasts are blocked but we feel really good about this patch.

As we submitted the patch, a video appeared and we think it might be the last one we receive. Whatever is happening on the radio at 107.0 sounds like something we shouldn’t be hearing. It sounds like a final goodbye.

The good news is that we were also able to fix a few minor but irritating bugs.

As you can see, the message includes a number of letters that are obscured in some way. You can find an entire list of the obscured letters below in order of appearance.

You might also note that the letters are obscured by different blocks, and those blocks are repeated on certain letters. We’ve taken the above letters and grouped them in order of matching obscured blocks.

There’s obviously some sort of mystery going on here, but I personally won’t have time to dig into it until later. Anyone have some free time and a penchant for cracking riddles? Hit us up in the comments if you figure something out!