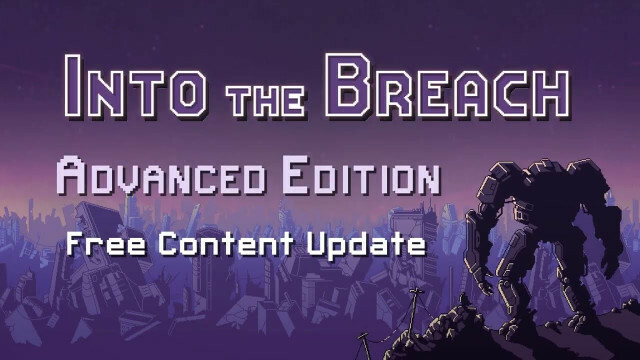 As was promised a couple of weeks back, the ‘Advanced Edition’ update for Into the Breach is now available. This update adds a wealth of new content to the game, and best of all, it’s completely free! You can get a refresher on what’s in this update below.

New Pilot Abilities: The expanded roster includes four new pilots and triple the amount of skills any pilot can earn through promotions.

Alpha Vek will arrive earlier in the game and in much higher quantities, overwhelming your mechs. Can you hold back the tide? Threat mitigation, not annihilation, is your only option. Strategic losses are inevitable. Will your pilot’s life be worth a key objective? To balance things out, all Grid repair is doubled – making it easier to recover from a tough battle… if you can just hold on!