A fresh peek at what's to come 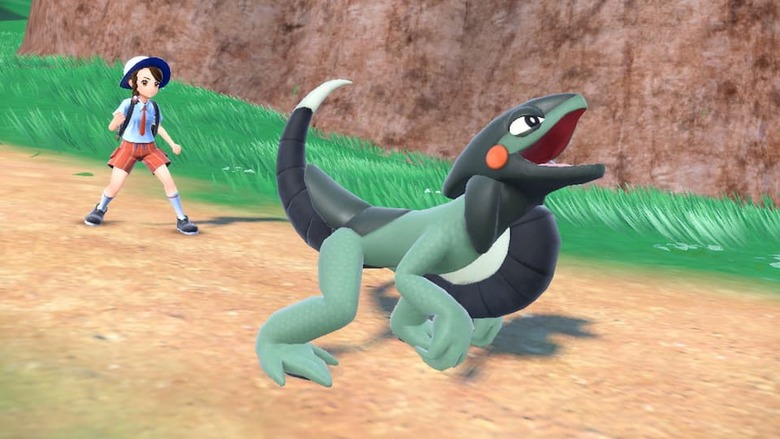 The 2022 Pokemon World Championships are officially over, but Pokemon Co. sent fans home with yet another look at Pokemon Scarlet and Violet. They shared a new trailer, plus info on Battle Stadiums earlier, but there’s even more content to cover!

The official Pokemon Scarlet/Violet website has shared some fresh info on Terastallizing, new items, and Cyclizar. You can get the complete breakdown of all those details below.

Change your Pokémon’s type and turn the tables!

The primary feature of Terastallizing in battle is that it changes your Pokémon’s type to its Tera Type. Pokémon don’t outwardly show what their Tera Type is until they Terastallize—a fact that you can use to take opponents by surprise in battle. Combining Tera Types with different moves and Abilities can open up near-infinite strategic possibilities.​

If a Coalossal combines the Steam Engine Ability with a Water Tera Type, the Pokémon can take less damage and receive a boost to its Speed when it gets hit by a Water-type move.

Tera Blast is a Normal-type move that can be learned with a TM. When used by a Terastallized Pokémon, it becomes a move of the same type as the Pokémon’s Tera Type and displays its immense might. Use it at the right moment to change the flow of the battle.​

Tera Blast inflicts damage using the Attack or Sp. Atk stat—whichever is higher for the user.​

New Items That Can Make Battles Even More Exciting​

These items can be held by Pokémon to trigger a variety of effects. How you use them may mean the difference between victory and defeat. Use them in conjunction with Pokémon moves and Terastallizing to achieve victory.

This herb will allow the holder to mirror an opponent’s stat increases and boost its own stats–but only once.

This hooded cloak conceals the holder, protecting it from the additional effects of moves.

If a Pokémon holding this item uses a multistrike move, that move will be more likely to hit more times.

A Pokémon That Lives with Humans

This Pokémon has lived in many households in the Paldea region since ancient times. It has a mild disposition, and people riding Cyclizar are a very common sight. It appears Cyclizar don’t mind being ridden because the warmth of a rider helps stave off the cold.​

A Body Optimized for Running​

Cyclizar can sprint at over 70 mph while carrying a human. Its extremely hard head and thick, lithe tail are not only useful for maintaining balance and absorbing shocks while sprinting—they also provide effective ways to attack during battles.​

The user creates a substitute for itself using its own HP before switching places with a party Pokémon in waiting.