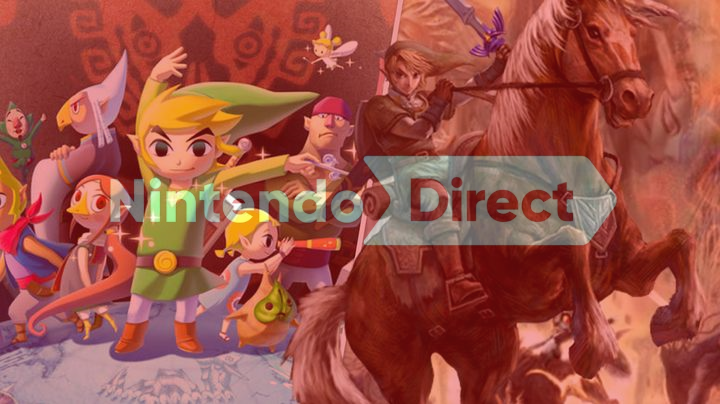 You might have noticed a considerable uptick in Nintendo Direct rumors in the last couple of weeks. Fans think that a Direct is in the works for September, and there’s all sorts of speculation and supposed clues pointing to one. Nothing is official until the Big N says so, but today does bring us another round of rumored info that is a tad more trustworthy.

GamesBeat managing editor Mike Minotti and Giant Bomb reporter Jeff Grubb are once again sharing their insider info, and they say a Nintendo Direct is indeed coming sometime during the week of September 12th, 2022. Furthermore, it seems this Direct is going to share some Zelda information. While you might be hoping for Breath of the Wild 2 details, it seems we’ll instead be hearing about a pair of classic Zelda titles.

According to Minotti, Nintendo will be sharing news on Wind Waker and Twilight Princess ports for Switch. Minotti stressed that he and Grubb are “very, very sure” of this news being shared. Following up on that, Grubb stated that there will be ‘a lot of Zelda stuff’ coming from this Direct, calling it a ‘Zelda blowout.’

As for the Direct itself, Grubb stated that it is “100%” happening in September. Of course, this could mean a Mini Direct or a Partner Direct, but Minotti and Grubb are heavily leaning towards this being a traditional, full-on Nintendo Direct. According to the duo, there could also be a reveal of the long-rumored Metroid Prime remaster from this Direct as well.

That’s not all, though! The pair also said that third parties will have some news to share as well, although specifics on who and what were not discussed. With all these first and third party rumors, if this Direct does actually happen, it certainly sounds like the return of the classic Nintendo Directs, which fans have been clamoring for for quite some time.