Rompers is the next title coming to Arcade Archives 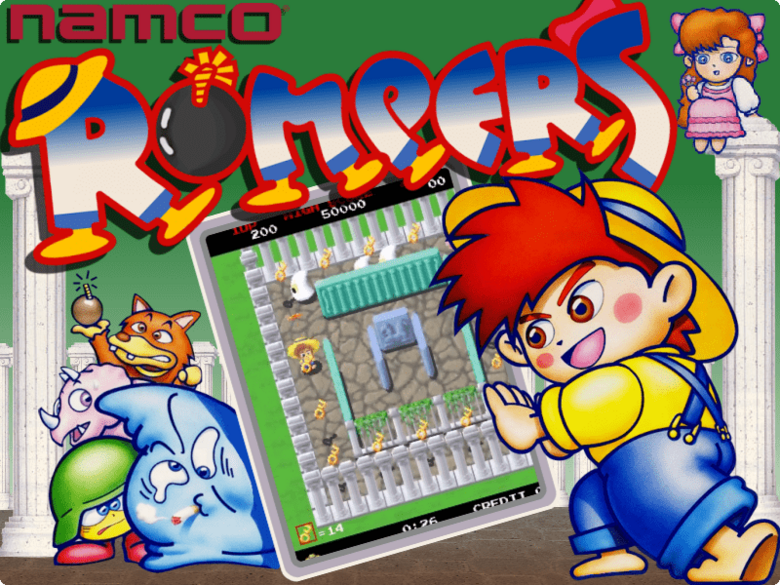 Hamster has announced that the next title coming to the Arcade Archives series is Rompers, a maze arcade game originally released by Namco back in 1989. You play as young Chap, and your objective is to save his girlfriend by collecting the keys spread across the stage and destroying the enemies by crushing them in a wall. The game will be released on Nintendo Switch on September 15th, 2022, priced at $7.99.

About the game (via Hardcore Gaming 101):

Rompers stars a young chap named, appropriately enough, Chap, on a quest to save his girlfriend Lumina, who has been kidnapped by Gurerin, a pale-haired, madman who resembles Kid Dracula, and his lovely devil girl familiar Tsukaima (or “Familiar,” if one were to translate her given name). The dirty pair have taken residence in a labyrinth of monsters and dubious structural integrity, and it is up to the player to take advantage of the latter to survive the former.

Chap’s primary action is a shove in the direction he’s facing. This does nothing to the enemies by itself, but a well-timed shove on one of the game’s slab-like walls will crush most adversaries, and occasionally reveal hidden gems and other point items. Also strewn about the levels are keys, and the stages end when all these keys have been collected. Levels also have a time limit, and when that runs out, the enemies speed up, and an impervious Tsukaima flies in to gently nibble on Chap. Whether he dies due to having his blood drained or from extreme infatuation is up to the player’s interpretation.

Now, this being a maze of monsters, the other enemies also have their own methods of killing the player, methods beyond just ramming into him. Many move just as fast as the protagonist, which, combined with the sprites having large hitboxes, makes careful and calculated movement a must. Some enemies have other abilities; helmet-wearing Nachibo need to be squashed twice to kill, while the rolling armadillo-esque Gororin can outpace the player and knock over walls with its rolling attack. The giant spider enemies on stages 10, 20, 30, 40, and 50 lay webs throughout the level, which can trap the player and leaves them helpless until they can wriggle out with the joystick and button. There are also bomb-throwing wolves, pink dinosaurs that breathe fire, seals that breathe ice, and slow-moving blob enemies in both smoking and non-smoking varieties.

You can take a look at a gameplay video for the arcade version of the game below.