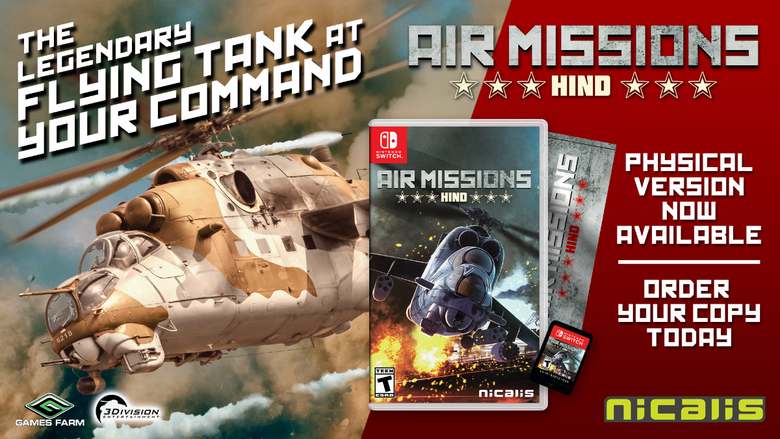 Nicalis, Inc. has announced that physical copies of Air Missions: HIND are now shipping for Switch. The game is available for purchase at store.nicalis.com.

Three different control settings are available (casual, novice and advanced) with axis inversion and adjustable sensitivity for further customization. There’s also a gyroscopic control option that lets you fly by tilting and turning the Nintendo Switch Joy-Con™ controllers in the direction you want to go.

The physical version of Air Missions: HIND for Nintendo Switch is now available for $34.99.