Paw Paw Paw was a peaceful and prosperous kingdom until one fateful day, when the King had decided to enforce everyone to wear pants. 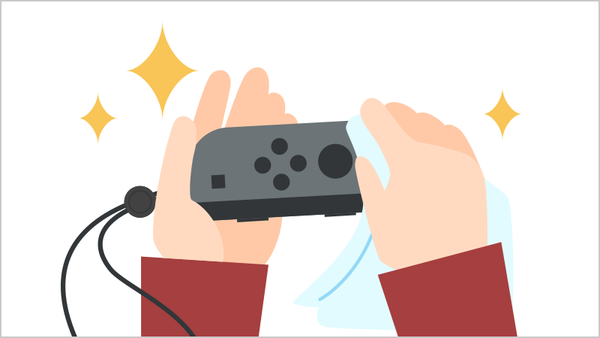 Nintendo has already shared a few guidelines for keeping your Switch clean, but over in Japan they've released a round of updated suggestions. If you're looking to keep your Switch germ-free, here's the steps Nintendo suggests taking.

- do not use alcohol made for uses other than disinfection, such as fuel, as it may damage the device
- do not immerse the device or apply the antiseptic solution directly, as the device may break if liquids enter its inside
- make sure the device has been thoroughly dried after disinfection before using it

All signs point to Nintendo breaking Switch sales records in the U.S. this holiday season 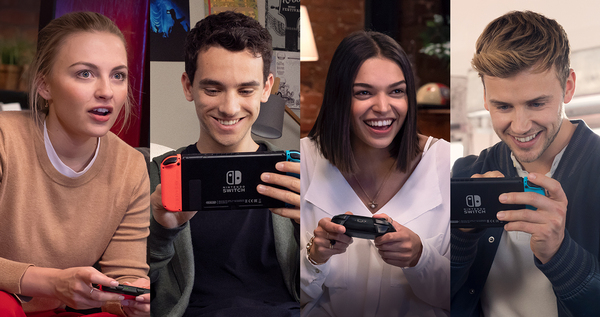 People are lining up outside stores to snag a PS5 or Xbox Series X/S, but it's increasingly looking like Switch is going to wear the crown of hottest holiday item.

While we don't have exact sales numbers, we can easily see that the Switch is selling out everywhere in the states. That's not just the special Mario Kart 8 Deluxe bundle, but all versions of the system. Nintendo had sent millions of units to stores in advance of the holidays, and somehow it seems just about all of them have been gobbled up. This is even more impressive when you learn Nintendo's shipments of Switch in October were up 30% year-over-year.

If you want a Switch this holiday season, it's going to be incredibly hard to find. Hopefully those of you who wanted one as a gift have locked it down already! 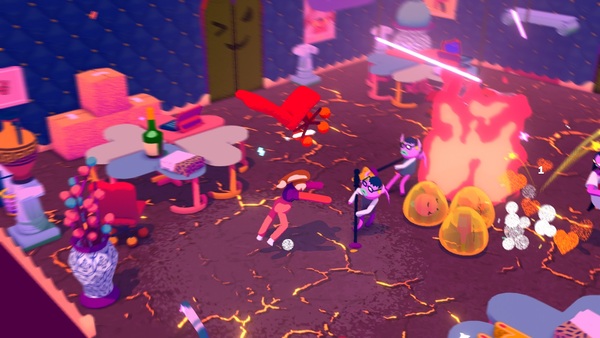 Going Under has gotten a major update on Switch. This "Bug-Slaying" patch includes a number of bug fixes, tweaks, and much more. Check out full patch notes below.

Added an option to turn off the jitter effect in the menus (This was meant to be in to begin with whoops)
You can now control the menus with your controller’s D-pad
There is now a menu option to change between holding the trigger & pressing it to toggle Focus
Attempting to swap inventory slots while attacking or dodge rolling will now buffer the input and swap the weapon once the action ends
“Attack Speed Up” buff now improves the reload time of projectile-type weapons
Added an option to view the credits from the title menu
The dialogue before founder boss fights will now be skipped if you already have their share.
Added the option to invert the camera’s X-Axis control.
Enemies should no longer spawn so close to the player when they first enter a new combat room.
Screenshake algorithm has changed to have a smoother falloff and less intensity when smacking a bunch of environment objects. Try it out!
Confidence Juice and Tappi’s max-level mentor bonus now play music to let you know how long they last.
You can now date the Slime Hand in Winkydink. “Just like real life. -Nick”

Made earning 5 stars in the Styxcoin Event slightly more lenient
Nerfed the Rifle from 100 shots to 80
You can now use SelfCare+ at max HP and it will grant 2 armor instead of 1
Beggar Queen’s damage bonus has been reduced slightly, and no longer applies to unarmed attacks.
Purchase Protection now only triggers on cash purchases of $10 or more.
Fern’s vending machine will stop working after buying 3-6 cans.
Removed Upcycle+’s old “replacement” functionality and instead made it increase the size of the held item (to potentially hilarious effect)
Slime Hand’s scissor attack has been made a bit easier to avoid.
Extended the length of Retaliatory’s damage buff from 2 seconds to 3.
Fire Grates in Winkydink now turn off when the combat concludes.

Fixed an issue where extra connected controllers would fail to function (and even some keyboards & mice from the future would cause this)
Fixed an issue where force closing the game during Ray’s “app announcement scene” could prevent apps from unlocking for the rest of the game
Prevented Eclaire from glitching into walls & floors
Fixed issue where walking Eclaire or possessing a debt ball would cause you to teleport around when riding a vehicle.
Fixed an issue where dollars wouldnt succ to Jackie if she was Downsized
Fixed an issue with a rare Winkydink room containing a weird hat with no weapon icon
Fixed an issue with the Resolution setting in the options where it would only say “1920×1080”
Fixed an issue where enemies wouldnt spawn in a certain room in Styxcoin
Fixed an issue where the options menu showed that the scroll wheel is how to Switch Focus Target on mouse/keyboard. The actual way is with the 1 and 2 keys.
Fixed an issue where the calculator would display as a 2 damage item but hit for 4.
Over-protective now works properly when used as a Pinned Skill
NPC’s names now appear properly in dialogue scenes
Steam achievements relating to completing mentorships now work properly. If you’ve already reached level 4 with a mentor and failed to get their achievement, completing a dungeon run (or just entering a dungeon and abandoning) should grant you the achievement.
Fixed an issue where using Ray’s max-level mentor bonus once would break it (and some other things) until the game was restarted
The Hauntrepreneur’s “shop” will now correctly sometimes spawn a briefcase full of cash instead of an empty slot
You can no longer chill on Swomp’s couch multiple times in the same run
The Styxcoin boss’s death explosion will no longer hurt the player
You can no longer exit Avie’s room once entering it
Added a failsafe that should prevent soft locks caused by frozen enemies never unfreezing
The briefcase in the Haunt’s garage will prompt the player to “Acquire” instead of “Buy” it
Prevented Kara’s max-level mentor app spawning while using a different mentor
Fixed a rare soft lock related to the Caffiend’s launch animation
Changed the way Canbassadors spawn in the Caffiend fight, and eliminated the issue where they occasionally fail to activate
Fixed an issue where Emotive would trigger from dodged/blocked damage, occasionally resulting in 1000 slimes spawning and crashing the game
Team Player now reacts properly to the player taking fire damage.
Prevented the player from defeating a boss and triggering the victory cutscene in the same frame as being defeated
Companions now set themselves to either side of Jackie instead of right on top of her when entering new rooms, preventing an issue where you could be shoved into the void by your companions in certain dungeons
Fixed an issue where only Forbidden Flavors would spawn once unlocked
Fixed an issue where using Swomp’s chill zone too much would break it permanently
Fixed an issue where the hurtboxes of Hover Hands’ hands were inaccurate.
Prevented an issue where completing a mentor level at the same time as getting the 3rd Share could soft lock game progress until restarted.
Fixed cubes turning bright white when opened.
Fixed an issue where picking up an app in a room that offered a choice between skills would despawn all the skills
Removed a brief moment where the game could be paused during the final cutscene
Removed a brief moment where the background would be visible after the credits ended
Fixed various dialogue typos

Empire of Sin gets another batch of screens 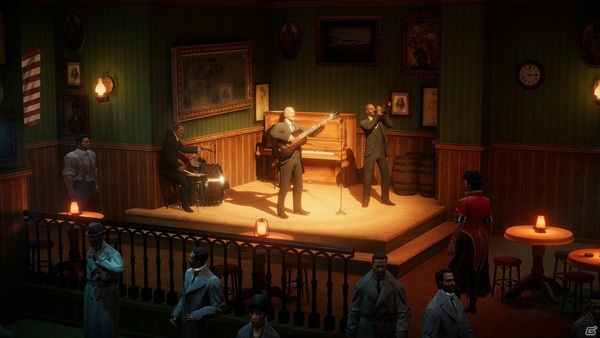 A new batch of screens for Empire of Sin has been released. You can check out the gallery here. The game is set to launch on Dec. 1st, 2020, and you can read a recap on the title below.

Empire of Sin is a new strategy game brought to you by Romero Games and Paradox Interactive that puts you at the heart of the ruthless criminal underworld of 1920s Prohibition-era Chicago. Slip into the shoes of one of the fourteen real and historically inspired mob bosses such as Al Capone, Stephanie St. Clair or Goldie Garneau and assemble a rag-tag gang, build and manage your criminal empire, and defend your turf from rival gangs. It’s up to you to hustle, charm and intimidate your way to the top and do whatever it takes to stay there - break a leg! 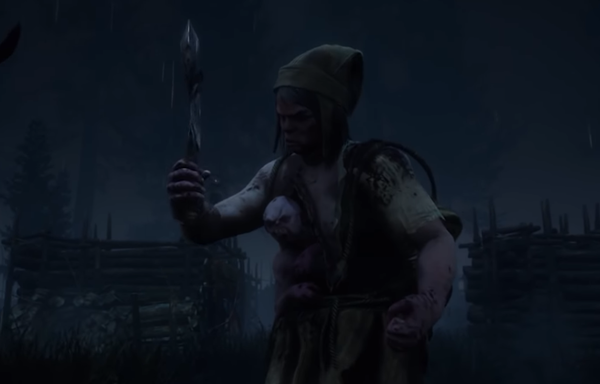 Those looking forward to the next chapter in Dead by Daylight won't have to wait much longer to go hands-on. Behaviour Interactive has confirmed that the Binding of Kin chapter is set to release on Dec. 1st, 2020. If you need a recap on what this chapter offers, you can see the official description below.

A Binding of Kin is the next Chapter in Dead by Daylight. The new Killer comes as a pair: The Twins - Charlotte and Victor Deshayes - formed an emotional bond like none other. After a life of hardship and suffering, The Entity has twisted their love for one another into something truly terrifying. The new Survivor is Élodie Rakoto. Cunning, smart, and resolute, Élodie spent her life trying to uncover the mystery of her parents’ disappearance. Grief-stricken and guilt-ridden, she turned to the occult to find the answers she was looking for. 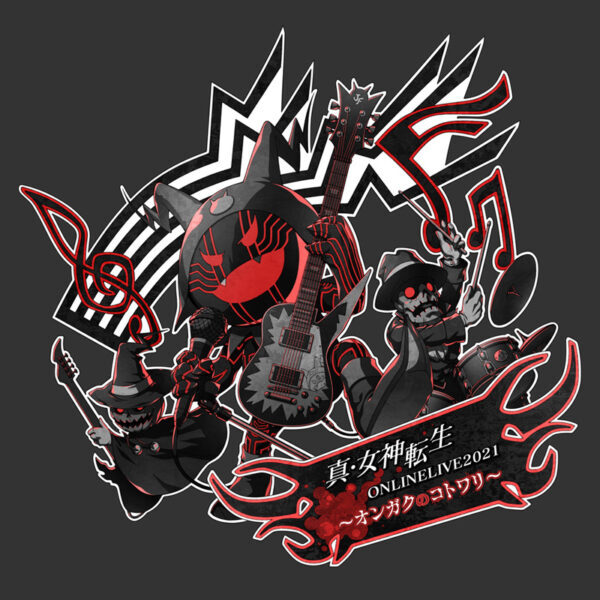 Arrog is an enigmatic puzzle adventure game featuring hand-drawn art and set in a bizarre black-and-white world with color accents.

Brand new puzzles for you to enjoy in all four regular game modes: Picross, Mega Picross, Color Picross, and Clip Picross, plus new large puzzles in the bonus Extra content!